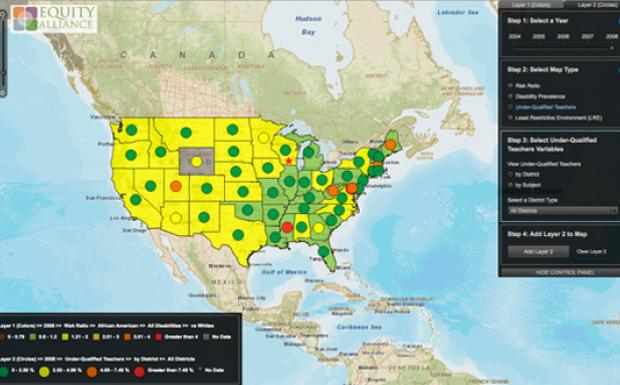 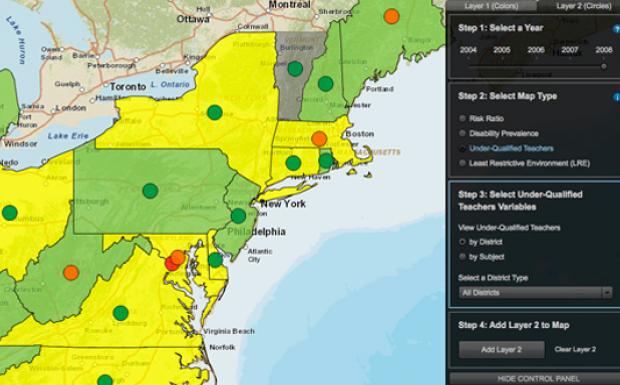 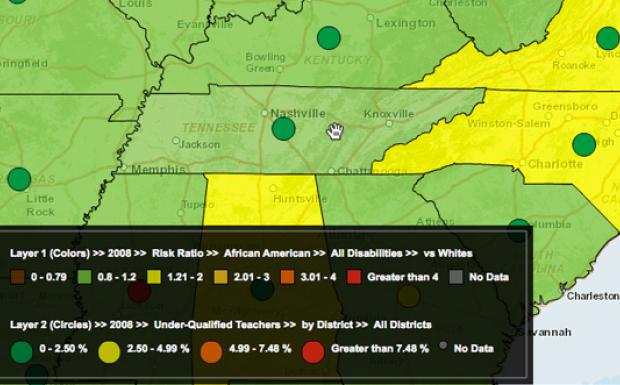 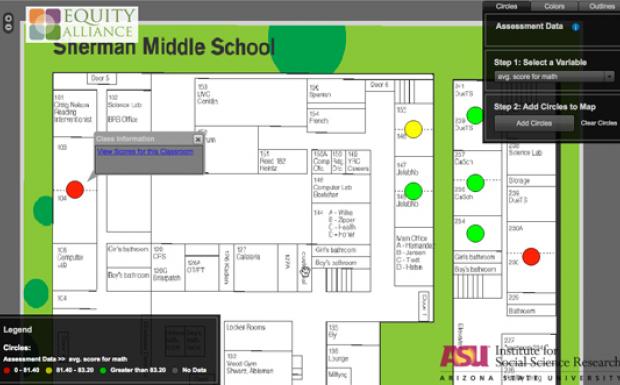 The Equity Alliance mapping application allows users to visually compare two different sets of data at the same time. Users can control variables that make up the four map types which include: Risk Ratio, Disability Prevalence, Under-Qualified Teachers, and Least Restrictive Environment. The goal of this project was to migrate the interactive map from a site that used static maps with drop down menus to display different combinations of data so that data from geographic areas smaller than states could be integrated. GRS took on the challenge of creating an interactive map that would allow drilling down from the national state level to the classroom level.

A variety of technologies were used to provide users interactive access to the data. At the national level a Flex interface was used so that users could view 3 state level datasets simultaneously. For the school level, ArcGIS server was used along with a schematic showing classroom location to show the same datasets at a very local level. Additionally, graphs and charts were used to show data within a classroom using a password protected application that launched from the school level map.