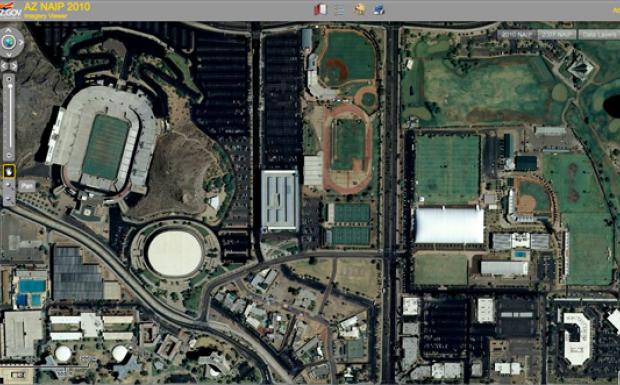 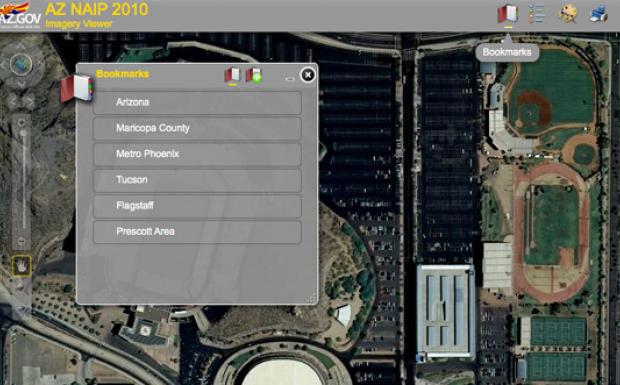 Previous Next
Client
State of Arizona

Through the National Agricultural Imagery Program (NAIP) and other aerial flight image capture initiatives, statewide data collections of high resolution aerial imagery have been created. Typically, it has been hard to disseminate these very large datasets. However, they are of great use to many agencies who regularly use aerial imagery for daily business practices.

This project with the Arizona State Cartographer's office has produced an interactive mapping site showing statewide aerial imagery for 2005, 2007 and 2010, and uses Esri Image Server to compress imagery for faster loading and viewing. Imagery services were created for use on the web. The files were tiled and cached for high performance. The 2010 dataset is also available as a 4-band imagery dataset. These web services can be viewed via a web page, or can be consumed by desktop software such as ArcGIS.