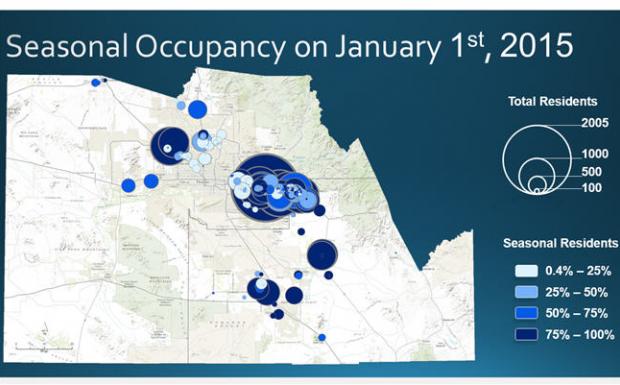 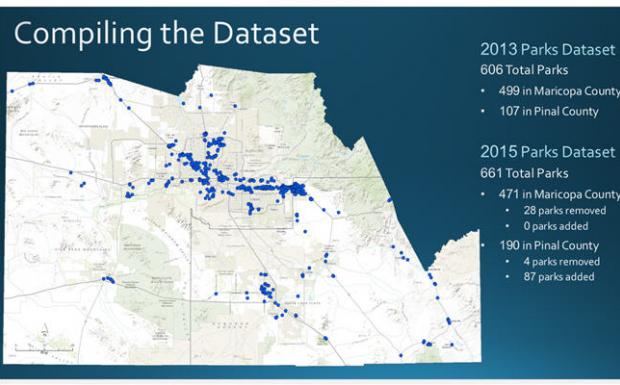 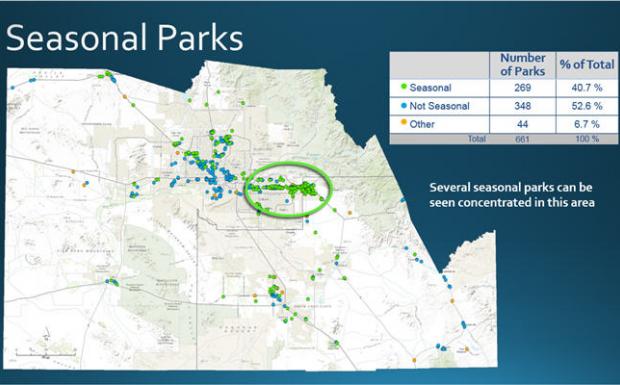 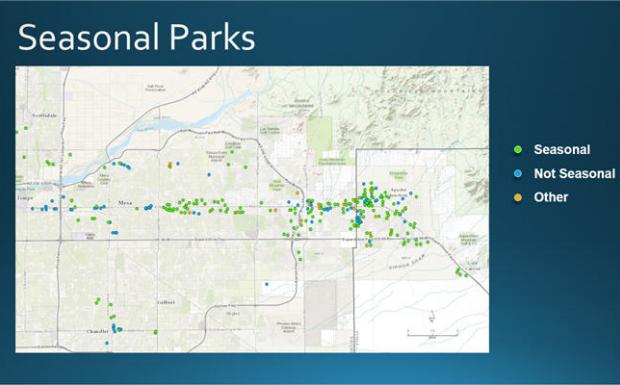 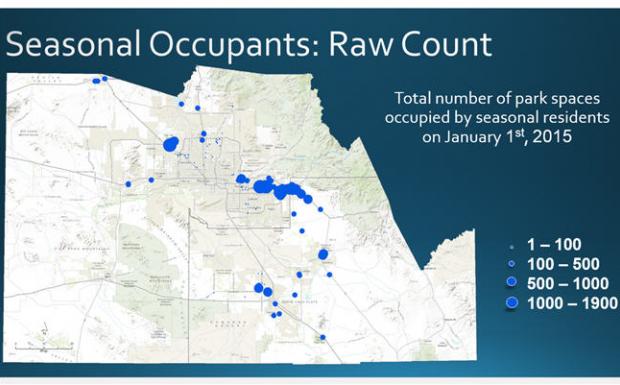 The Maricopa Association of Governments (MAG) serves as the regional planning and policy agency for the metropolitan Phoenix area as well as a number of surrounding areas, and conducts ongoing applied research on seasonal housing to gain insight on the number of seasonal residents living part-time in Arizona and in what areas of Maricopa and Pinal counties they reside. GRS was commissioned to provide a major update to MAG's GIS dataset pertaining to seasonal housing, including a refinement of the overall requirements for updating the dataset in the future, the improvement and update of the RV and mobile home parks dataset, a survey of all parks to gain information on occupancy rates, and the update of metadata. Data from this study will be used for the purpose of helping MAG in their mission of strengthening the Greater Phoenix region and state of Arizona by assisting with long-range planning.

MAG conducts ongoing applied research on seasonal housing to gain insight on the number of seasonal residents living part-time in Arizona and in what areas of Maricopa and Pinal counties In Arizona, seasonal residents make up an important part of the population and have an impact on regional planning, especially when it comes to transportation planning. Therefore, accurate up-to-date location and attribute data, including space counts and occupancy rates, is needed. For MAG, the simple shapefile storage format of the original dataset was converted to a feature class within a file geodatabase using ArcGIS Desktop. Several sources were utilized including directories, online searches, aerial survey, Assessor parcel and park data, and business analyst 2014 to compile a complete dataset of all RV and mobile home parks within Maricopa and Pinal Counties. Surveys were then conducted (by phone, fax, email, and in-person interviews) to obtain accurate space counts and occupancy rates for the winter and summer seasons.The project resulted in the removal of 32 parks and the addition of 87 parks to the original dataset as well as the update to previously missing and/or incorrect park names, addresses and phone numbers.