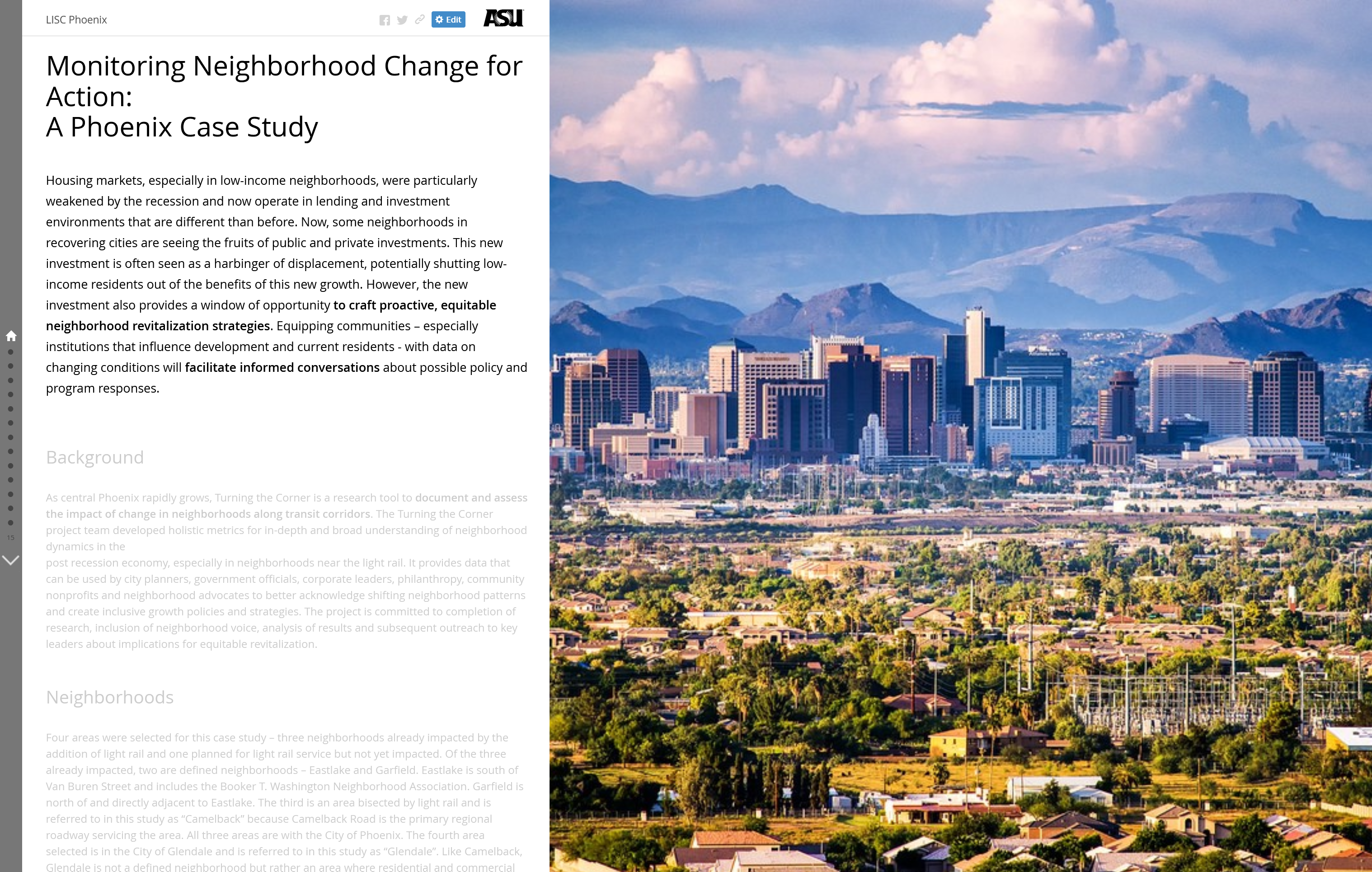 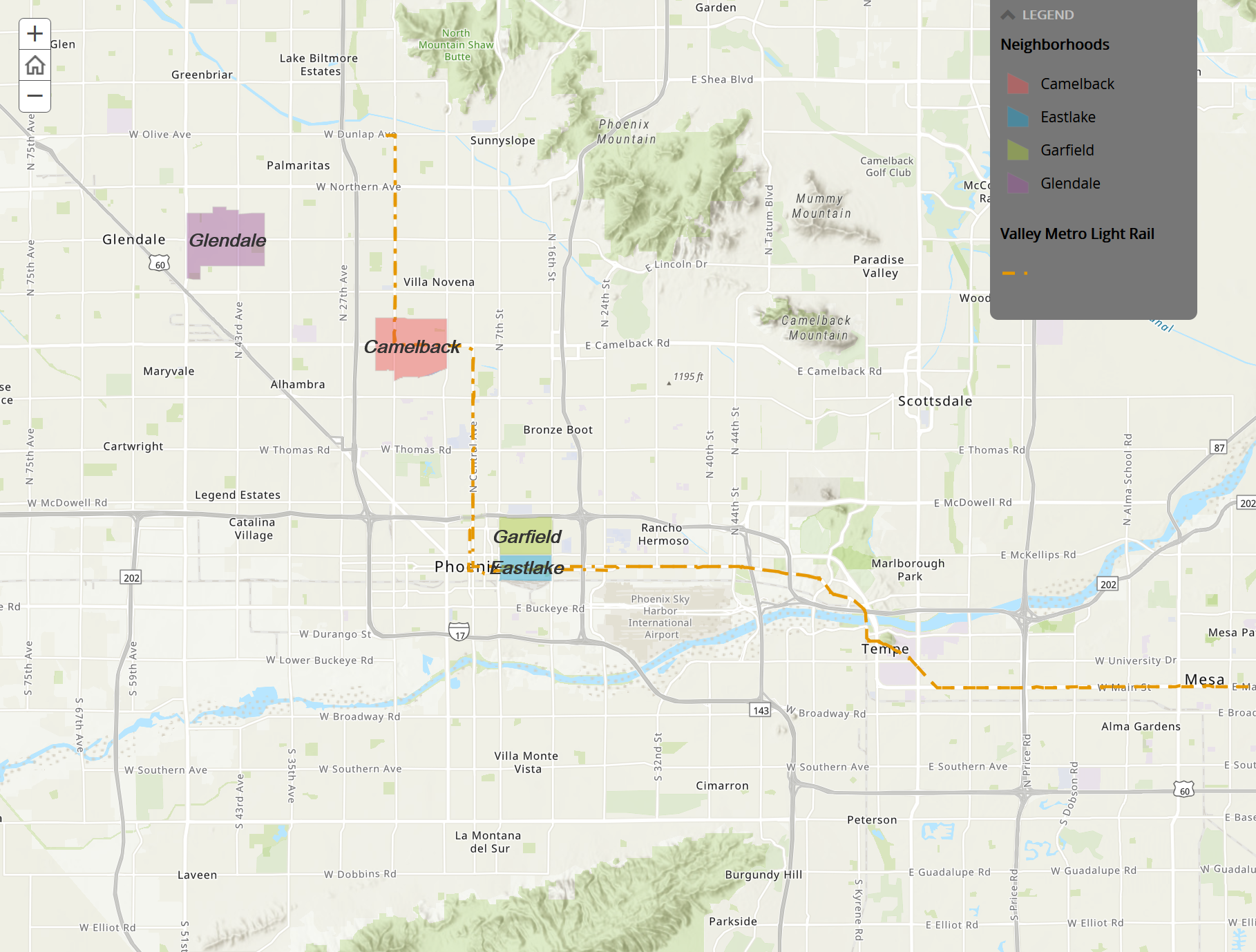 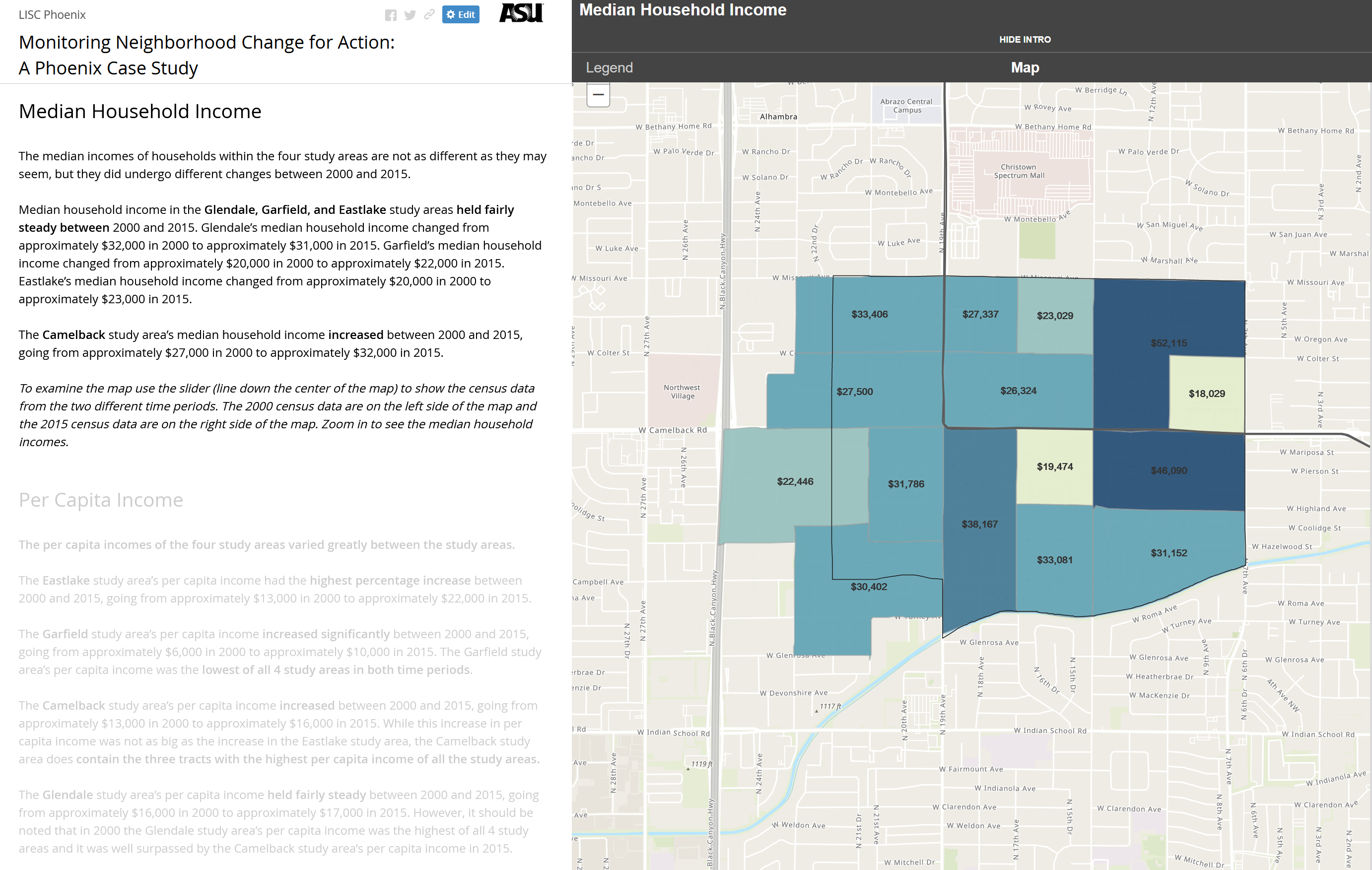 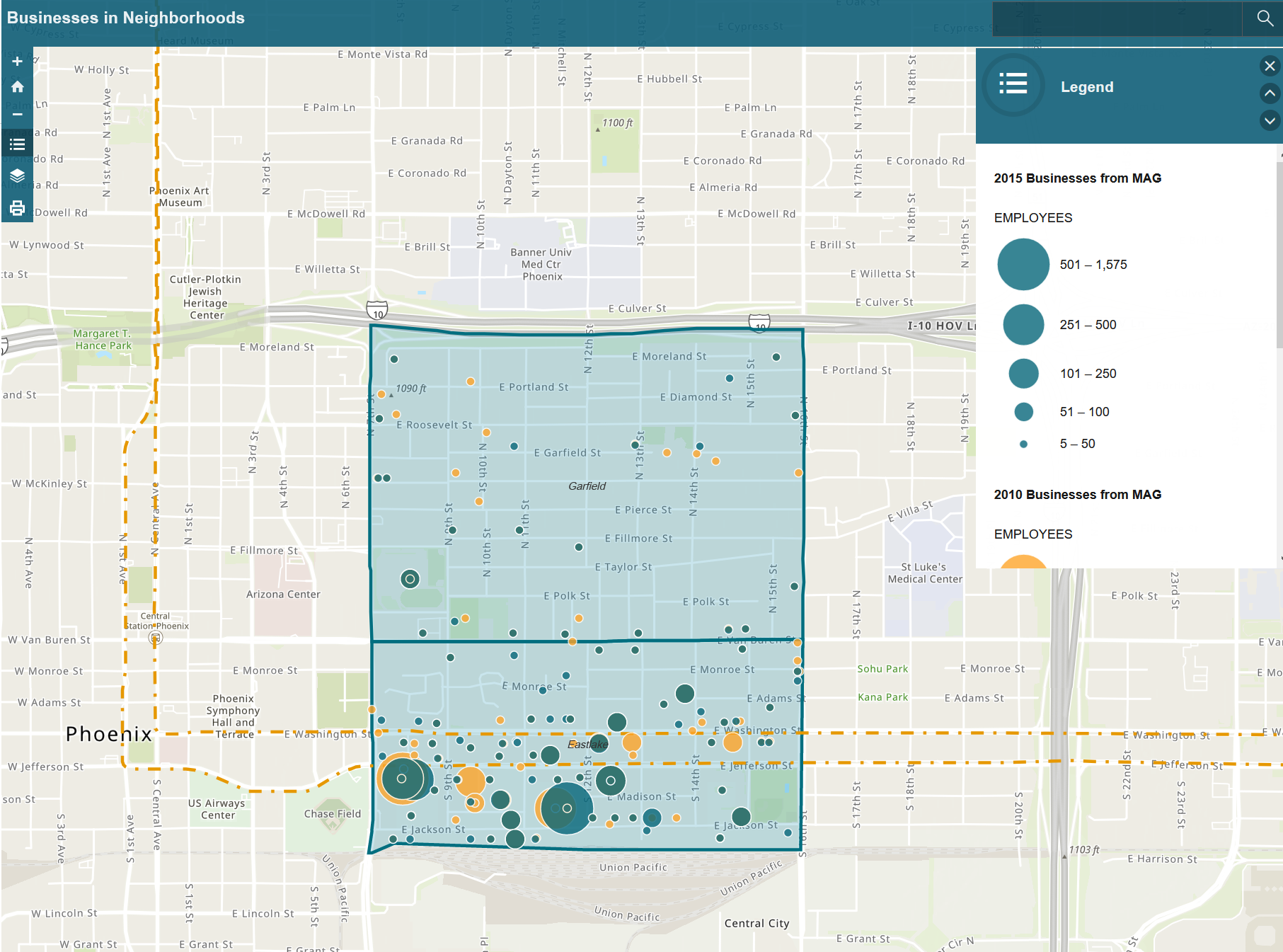 In 2016 Phoenix was selected as one of five cities across the country to participate in Turning the Corner – a neighborhood displacement project incubated by the The Funders Network’s Federal Reserve Philanthropy Initiative and managed by the Urban Institute’s National Neighborhood Indicators Partnership. In response to wide-spread concern about displacement in redeveloping low income communities, local teams in each city conducted research and engaged residents in strategic thinking about how neighborhoods in heating economies remain affordable and available for everyone. LISC Phoenix secured Turning the Corner participation, formed a local Steering Group and manages ongoing Turning the Corner activity.

In Phoenix, four neighborhoods either on light rail or slated for future rail service – Garfield, Booker T Washington, Eastlake and Glendale – were included in the project. Individual interviews were conducted with neighborhood residents and GRS collected data on changes in neighborhood demography and businesses, analyzed the changes and created an interactive StoryMap which is used a research tool to document and assess the impact of change in neighborhoods along transit corridors. It provides data that can be used by city planners, government officials, corporate leaders, philanthropy, community nonprofits and neighborhood advocates to better acknowledge shifting neighborhood patterns and create inclusive growth policies and strategies.