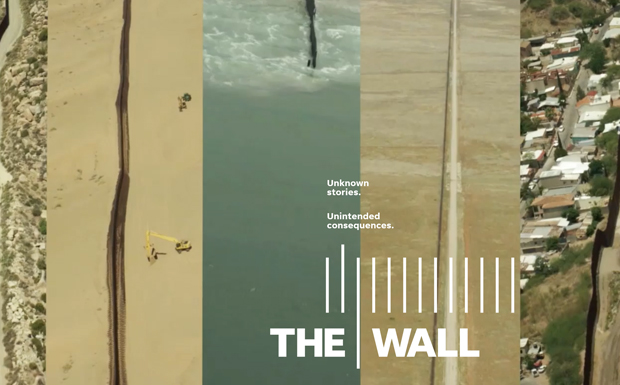 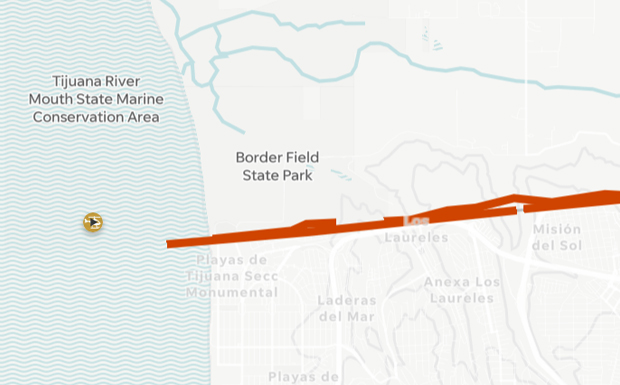 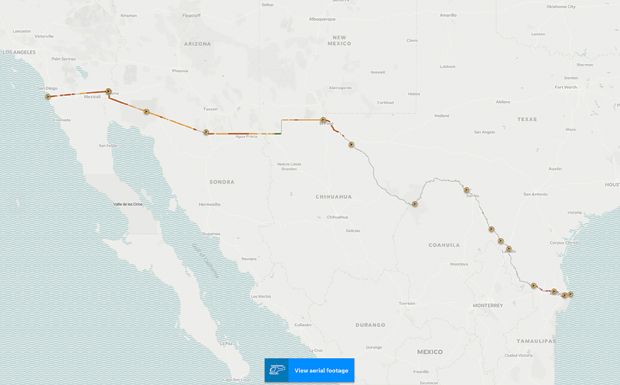 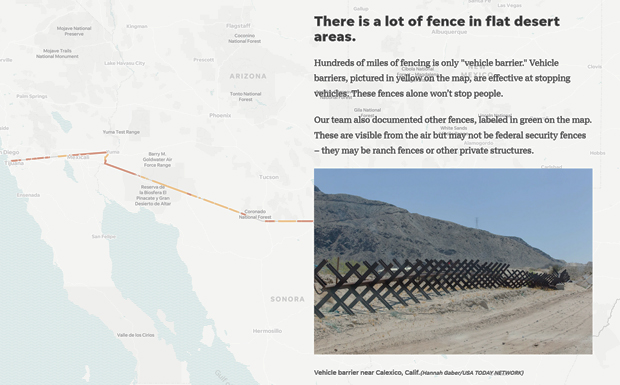 Part of the “The Wall,” winner of the 2018 Pulitzer Prize for Explanatory Reporting.

In collaboration with the Gannett/USA Today network, including three journalism students at Arizona State University, Shea Lemar and GRS worked to produce the most complete and updated map of the US-Mexico border currently in existence. Starting with over 40 hours of helicopter footage which tracked GPS coordinates, along with PDF maps and observational ground surveys, over 2000 miles of border were accurately and completely mapped within a GIS (geographic information system) and used to produce the interactive map complete with flyover video. Creation of the border map entailed building the GIS from disparate sources and aerial video imagery, as well as updating older data from the US Government and Google. GRS created a feature class of fencing along the 2000+ miles of border, and then added other data including 3D topography, streets, property and parcels, and aerial and satellite images. The result was a cohesive and complete interactive web map of the US-Mexico border.

The mapping project has also allowed for analysis of parcels and properties along the border, economic analysis of eminent domain seizures for border walls, and other spatial data explorations of border issues.